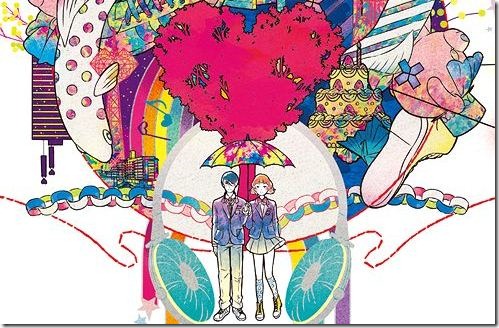 Deco*27 and U/M/A/A, his record label, are making a big promotional push in the run up to the July 25th release of Deco*27’s new album, “Love Calendar”. This album will represent a compendium of new and old Deco*27 songs, some originally sung by Vocaloids, but all the songs on the album will be sung by well-known vocalists during this big mainstream push by Deco*27. The first 12 songs on the album are arranged in chronological order and seek to tell the story of a 3rd year high school couple as they fall in love over the course of 12 months. The couple has been officially names Kouki and Shiori by Deco in the album release info. Deco fans will be familiar with many of the songs, including Egomama, Light Lag, and Love Distance Long Affair. Essentially the album represents the ultimate compendium of love and human emotion that we’ve come to expect from Deco’s amazing song writing.

The album if bought in it’s physical form will include a DVD with several well known Deco*27 PV’s and a few new ones. The cross fade can be found here. The complete playlist will be listed at the end of the article.

Part of the promotion for the album has included the early release of two PVs which I translated as quickly as I could. The first of these was TAKING SWEET SHELTER (Amayadori), a live action PV featuring vocalist Shoko Nakagawa. It is also the first time that Deco himself has appeared in a music video for one of his songs. Check it out:

The second PV was released yesterday and is done in a “animated lyrics and effects” style that is common amongst Vocaloid PVs. The song is an old Vocaloid original from Deco’s “Lovegazer” album called Kissou Honnou (HEART’S HOMING INSTINCT). The vocals for this song were performed by the ridiculously cute Aoi Yuuki. I am absolutely in love with this:

Another pair of absolutely wonderful love songs that really capture what I consider the “realistic ideal” of what we hope our love can be. I can never get enough of these amazing songs. I know some fans are sad that Deco has moved further away from Vocaloid in the past year or so, but as long as he continues to brighten the lives of his fans with this wonderful loves songs and perhaps even spread their message to a wider audience with releases like these, I wish him nothing but success.

If these songs have caught your attention or you were already planning to buy this album there are several places to do so. The album can be pre-ordered/ordered at Itunes, YesAsia, and CDJapan. If you enjoy Deco*27’s songs I really cannot recommend this album enough, it looks like it’s going to be one to remember.

Here is the playlist: